by CeCe Darakjian
Creating community is Kitty’s Schmitt’s goal. In 1983, Kitty Schmitt and her husband Mark were looking for a place to call home. Recent transplants from Illinois, they had settled in the San Fernando Valley, but found it too crowded and way too hot. Kitty, tired of the “California lifestyle” after just two years, and wanted to return to Illinois, but Mark was determined to give it one more try. He asked her what he could do to change her mind and she gave him one option. Move her to the beach.
After checking out a couple of locations including Huntington and Newport Beach, the Schmitts decided to give San Clemente a try. They liked the small town feel, the beautiful beaches and the friendly people, but truth be told, they were most attracted to the easy freeway access. It would be that fateful decision to move to the beach, over 25-years-ago, that would transport Kitty into a full-time passion. A passion to contribute to a community that she has come to love. 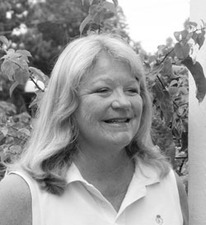