Searching for Sloth in all the right places by Maggie Zeibak
“This is cool,” I said to no one in particular, as marble-sized sweat poured down all four of my cheeks, “but I do hope he’s got a GPS to get us back to the river.”
The trail had thickened and our multi-lingual guide, Jefferson, was using his machete to clear the way for our damp little group to trek through the Amazon jungle. Carefully watching where we stepped, roots and creepers presented frequent hazards, second only to a fear of my Nikes nudging a snake. I figured I’d easily see a hungry black Anaconda, but wasn’t so sure what else was lurking in the undergrowth. 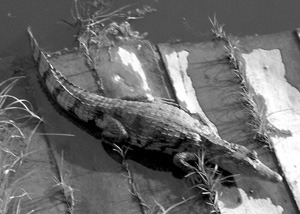 Can a little luxury exist harmoniously with a dense, impenetrable, equatorial jungle 900 miles up the Amazon River, I wondered? High up in the canopy, the lush leafy trees benevolently let shafts of light through to the rainforest’s floor. An orchestra of clear trills and low whistles from unseen birds broke the silence and I’m not sure they weren’t laughing in bird-talk as they observed this sweat-stained, ill-dressed pack of tourists, hair plastered to their scalps, valiantly trying to master the basics of a jungle survival trek. Were the sleek fur and feather creatures raising their eyebrows in despair as we yelled out “SELVA” (forest) – supposedly to attract rescuers (or did it mean ‘dinner’)? And could we really use those big thorns to protect ourselves and sew palm fronds to make a shelter? Hopefully it is true that the jungle animals hunt at night and sleep during the humid day - and that very thought made my eyelids heavy. I longed for a cold shower, cool breeze and an icy Antarctica beer.
Now I have to confess that this was the only hard part of the trip. After walking on the wild side, the rest of the time was comfortably spent on Iberostar’s Grand Amazon Riverboat where every air-conditioned cabin has a king-size bed, large bathroom and a balcony. The “all-inclusive” concept includes brand name drinks from the bar and Chilean wine with meals, and the cabin refrigerator was well stocked with chilled beer and water. This proved a hit with Hubby as he relaxed on the balcony watching the river life, drifting along at wimp-speed. Every now and again a fluffy ball of kapok would float by, recently exploded from it’s red shell high up in a tree; a useful find for the natives to make pillows for their hammocks. It seems that luxury can live in harmony with nature’s gifts.
Each morning and evening, the smaller outboard boats were launched from the aft deck, supervised by our Expedition Team Members, to explore the iguarapes (tributaries) in search of Amazon Kingfishers, Herons, Egrets, Cormorants and Macaws. It was the clammy-clothes experience again as the steamy humidity enveloped us – and this was the not-so-rainy season. Encumbered by the mandatory lifejacket, my self-image as a sultry glamor-zon swiftly melted into that of drowned rat. Spotting a pack of squirrel monkeys, we stopped and watched for a while, until someone realized that the dark shape nearby was that of a sloth. My hero. My role model. He was just hanging there without a care in the world, and that seemed a wonderful thing to do.
During the day I tried the three-toed sloth approach: pool, buffet, nap. It worked well for me, but not so much for the boobs and booty beauties who Samba’d in the disco until the wee hours of the morning. I was expecting a gazillion Brazilians on this trip but was surprised to find an eclectic mix of passport holders. Impressively, the staff switched effortlessly from Portuguese to fluent Italian, German, Spanish and English to accommodate most nationalities.
Among the American tribe with a taste for exotica, was a group of older folks touring South America (the men wore ties to dinner!). Also included were honeymooners Brian and Theresa from Seattle, John and Julie, thirty-somethings who left their three kids at home in Colorado and missed them dreadfully, and Mike, a solo traveler who said he’d “had to pack like a woman for this trip” because he’d also visited Rio de Janeiro and needed city clothes. 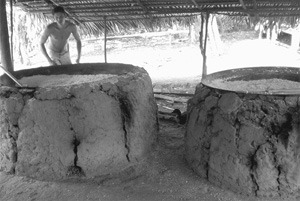 Who among us were brave enough to go Piranha fishing? And who caught a red-bellied Piranha just as the sun was setting into a fiery blaze across the sky? Nope, it wasn’t me. I didn’t go alligator/caiman hunting in the silky black night either; that’s not for the fainthearted. But that cute, brat Bride Theresa did, plus she was the first one to see a Pink Dolphin, and she persuaded a butterfly to alight on her finger, slowly, lifting it to her face and depositing it on her luminous skin - looking adorable at every moment. She had her job - I had mine, so let me tell you about the fish they serve at the buffet.
The Amazon River is responsible for one fifth of the world’s fresh water. It starts in Peru and runs 3900 miles to the Atlantic and, not surprisingly, has several thousand species of fish swimming around. Young children easily spear the family meals, perhaps a stingray from the waters’ edge or a silvery-white specimen caught from an expertly handled canoe. Among the most popular catches are the delicious Piraracu and Tambaqui - they taste nothing like the fish we eat here. In fact, they don’t even taste like fish and you can almost feel the brainfood working. I said…almost.
Eager to try the fruits of the jungle, we discovered cupuacu (white chocolate) and acai, a purple/red fruit that translated into a satisfying ice cream. An abundance of fresh Brazil nuts reminded us to appreciate them while we can, as rainforest conservation is overshadowed by rapid economic development. Vast areas of the forest have been cut down indiscriminately to accommodate it.
Families living in the forest join together to harvest and process the manioc grain, a staple of their diet, and it is sobering to think that many of these river-dwellers have no refrigeration and live in floating houses that rise and fall with the seasonal water level changes.
Yes, the guilt lives on after we return home, yet the memories of people we met there linger. One evening Piru, one of our guides, shared his ancestral roots with us via a photo presentation as he sang and played his haunting pipes. Living in an isolated part of the country, he is grateful to the missionaries who helped him and his tribe with education and medicines. Thrust into the modern world we could see that he was torn by the opportunity of a better and easier life.
Perhaps the sloth really does have the answer for those of us who run around in a madcap whirl of consumerism. Shouldn’t we take a little more time to contemplate our toes, manicured or not? I probably don’t need to mention it, but as we all know - it’s a jungle out there.
Travel travel amazon