story & photos by Bill Thomas
Joan Graham and daughter, Jaclyn power walking along the trail on Saturday mornings.  “Happy trails to you, until we meet again.
Happy trails to you, keep smilin’ until then.
Who cares about the clouds when we’re together?
Just sing a song and bring the sunny weather.
Happy trails to you, ‘till we meet again.”
- Dale Evans, Queen of the West, 1950
When Dale Evans wrote the song “Happy Trails” for her singing cowboy husband, Roy Rogers, she probably wasn’t thinking of San Clemente’s Beach Trail. Rogers used to sing about happy trails to make everyone feel good, to know they were cared for, both the trails and the people.
Our Coastal Trail makes people feel happy too. However, its tale has been a long and arduous one. The first design resembling a mini-freeway running alongside the railroad tracks protected by high fences, was rejected by the City Council in January 1999, the direct result of a grassroots organization titled “Derail the Trail,” headed by Stephanie and John Dorey, Bill Hart, Mark Cousineau, and Kathryn Stovell-Dennis, among others.
The Railroad Corridor Safety and Education Panel (RCSEP), 14 members strong, was formed to create a new design, one to satisfy all parties involved - Derail the Trail organizers, and representatives of the Surfrider Foundation, .Southern California Railroad Association, Orange County Transit Authority, San Clemente Beaches, Parks, and Recreation Commission, senior citizens, and the California State Department of Parks and Recreation. 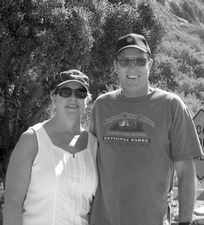 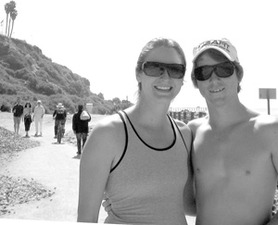 the Public Utilities Commission to gain approval.
Today, I enjoy jogging on the trail from my home near Calafia State Park down to North Beach. I have to admit there were times that I thought the trail would never be built at all. Now, I feel very lucky to have worked with so many in our community, commissions, and the City Council to complete the trail. I can’t begin to express how satisfying it is for me to see so many enjoying it each day I go out for a jog. Everyone seems to be coexisting well, but, with increasing use as we approach summer, we could all be reminded we’re all using the trail for the same reason: We love the ocean and want to be near it whenever we can. It’s there for everyone to enjoy.” b
Community community news