Does Tinnitus Ring a Bell? by Dr. Bradley Shapero
Did you hear that? Have you been plagued by an annoying noise that you could not readily identify? Tinnitus is that term for noises which are heard “in the ears” or “in the head”: buzzing, ringing, whistling, hissing, pulsing and other sounds which do not come from an external source. Emergence of tinnitus, usually lasting for a short period, is extremely common, e.g., after going to a night club, an event that is very loud and usually in more confined space or listening carefully in a quiet room. 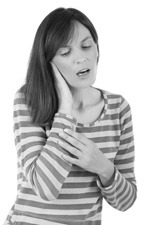 Although there are about 150 causes for this malady most of these can be narrowed down to a few common categories leaving the most remote causes as an unlikely event unless the others have been ruled out. Tinnitus can be transient or persistent and is more likely to occur with age for a variety of reasons which may be more apparent as you read further.
The most likely and typically very temporary causes are those associated with inflammation or irritation to the inner ear. In the case of inflammation this can be present with a fever as is typical for generalized infection or infection locally as with a throat, nose or ear problem. In the case of irritation to the ear the most common case is that which is present and very common after exposure to loud noises. If the exposure is repetitive or of severe volume permanent damage may result, on the other hand many of us have most likely been somewhere and were exposed to a loud sound as that of a siren, airplane or speaker for a short duration which caused that familiar buzzing sound. Next on the most likely local cause of tinnitus is a physical obstruction in the ear, this can occur very simple with wax build up or as a result of an accumulation of other debris.
Following this list is the next most common and quite likely category of tinnitus and that is with medications. Anyone who experiences tinnitus and is taking medications should be suspicious unless another very logical reason is present and remedied. The group of medications that tops the list is antibiotics and analgesics. As an example of the former streptomycin and for the latter salicylates, although keep in mind that dozens of medications can have this reaction.
If the symptoms are remote and of a short duration then I am more inclined to think it may be related to local irritation or use of the above medications. When the symptoms are of longer duration it could be medications when use has been prolonged, irritations as above which are more long standing as well as permanent damage.
Another very common cause which I have found with many of my patients is irritation to nerves in the upper neck which also supplies nerves to the inner ear. It is most often associated with headaches, sinus problems, TMJ, or inner ear aches. Although, I have seen it enough times on its own caused by irritation of the nerve supply to that area in which specific chiropractic adjustments were the solution.
Aggravating factors to this can be periods of excess stress and poor or inadequate diet. Stress can exacerbate an already underlying condition and poor diet can create food sensitivities or certain deficiencies that create nerve irritation and result in the buzzing sound so frequently described. Many case studies have shown certain B vitamin deficiencies or one or the other of antioxidants. In some cases more of a swooshing sound has been related which could also occur with yet another problem on our very long list which is high blood pressure. Consequently not only does stress increase blood pressure but it activates the fight or flight mechanism which is how if not induced by stress can certainly be exacerbated.
Lastly tinnitus, like “pain,” is a subjective symptom and can be rather difficult to quantify. The problem is compounded because several different mechanisms must operate to cause the persistent sensation of tinnitus. Therefore, it is difficult to measure objectively any improvements in the condition. However, it is the job of any good doctor to be able to rapidly run through the list of common possibilities which are consistent with your health history and determine which is the most likely.
For the hundreds of people I have seen with this ailment, most cases have been helped. If this is something that has been an irritant for you, it is my hope that the information here has given you more than hope for improvement, but also sound information that can lead to a solution. b
Health health & fitness