story and photos by Rosemary L. Sieve
Playa Requeson in the Sea of Cortez.Excitement stirred the hot, humid air in June of 2005. Black capes swung from small shoulders, tall pointed black hats sat on little heads and round black spectacles perched on miniature noses. Seven boys and seven girls, together with their grandparents, were about to enter the magical world of J.K. Rowlings’ boy wizard, Harry Potter. And, Sydney Wilkins, a soon-to-be-eleven year old, was traveling with her granny, Rosemary, and very excited about Elderhostel’s Intergenerational adventure in Oxford, England. 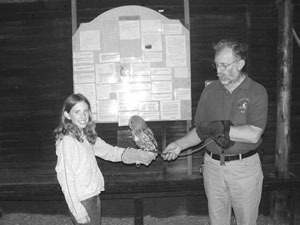 Oxford is an ancient city full of learning and history dating back to the Gothic revival period of around 1500 – 1675. This compact University City is revered throughout the world and lies on the rivers of Cherwell and Thames, described by Matthew Arnold as ‘that sweet City with her dreaming spires, she needs not June for beauty’s heightening’. From the ramparts, the ‘dreaming spires’ are a hauntingly beautiful and an unforgettable sight. And, there’s no doubt that Oxford is the perfect spot to encounter Harry’s magical world.
At first, homesickness permeated the small group of eager children, but soon the pain of separation was left behind as friends were quickly made and the leaders, Rod, John and Richard thrust them, all a twitter, into a mode of childish frenzy.
First, just as in the Rowlings’ books, the students were put into their ‘houses’ as the Sorting Hat, similar to the ceremony at Hogwarts school, quivered over anxious heads dividing the group up. Sydney would be part of the Billywig bunch. “Charming, charming” the hat declared above the young girl as an owl hovered in the corner swiveling its head in agreement.
From that moment on there was an air of secrecy surrounding the young people, not a word was spoken about the goings on as they prepared themselves to surprise their grandparents on the last night of the course, nine days later.
The graying folk of the group were not forgotten during this period. Lectures were held for them by well-educated dons, respected in the community, enthusiastically filling willing ears with knowledge of local authors such as Lewis Carroll and how he had based his Alice in Wonderland story in Oxford. Later the group lunched in the secret garden at Christ Church College, stood at the little gate and gazed in awe at the Cheshire Cat’s favorite tree and imagined him grinning down upon them all. Fascinating snippets of information were also discovered during these lectures about a single mother, J.K.Rowlings, whose imaginativeness produced the Harry Potter tomes thus triggering stimulating discussions.
One day the cluster of 38 sought the outlet from the maze at Blenheim Palace - the birthplace of one of Britain’s favorite sons, Winston Churchill - losing themselves amongst the high hedges. Together the giggles of both the young and young-at-heart soared into the blue heavens.
Another occasion brought a visit to Hedwig’s home, the Owl Conservancy at Andover, where the students half expected the delivery of special mail as the wise birds were allowed to sit, clinging tightly, on the children’s well-gloved hands. Then with a thrilling excursion on the Watercress steam train, the students thought of Harry Potter’s fear of the unexpected after leaving the Muggle’s world behind and heading for adventures with his friends, Ron and Hermione, on the Hogwarts Express.
There were no purple toads hidden in the grounds of Warwick Castle, and Sirius Black had not been one of the infamous prisoners held there although the ancient dwelling of the Kingmakers did reveal ghostly rooms and dungeons when visited by the Hostelers. The dramas of yesteryear turned reality into fiction and fantasy in the creative minds of the youth as they gazed with disbelief at the racks of torture and listened to stories of treachery, passion and power that dated back to mediaeval times. Later, Tudor houses revealed themselves in the historic town of Stratford-upon-Avon after the Elderhostel group had tasted the fruits of William Shakespeare’s ‘As You Like It’ romance that had been performed the night before under a moonlit sky beneath the trees.
Every day a new escapade was presented, and enjoyed, until, finally, in a flash, the days had fled as quickly as a darting broom in a game of Quidditch. Wizardry had been laid bare by magic shows and theatrics, while the children and adults alike had relished every bewitching moment.
On the last day, close to the Bodleian Library at the university where scenes from the Harry Potter movies had been filmed, and in the great hall where students had dined for hundreds of years, a banquet dinner was held. Under the glow of candlelight, the menu offered morsels of Witches’ Broth, with optional Stardust; Supreme of Dragon with Lizards’ Tails; and, Mixed Mandrake. The dessert offered was a delectable Fortescue Sundae, decorated with slimy worms and accompanied by a Bertie Bott’s Box of Chocolates while the buzz of laughter and the recounting of each special second resounded in the aging beams.
But what happened to the grand finale about which the children had been so secretive? After rushing back to the Edwardian era hotel where they had all been staying, the grandparents were ushered into a room, lights were lowered and the spells that had been worked upon for nine days were acted out in a drama written and narrated by the excited children. Pride and accomplishment shone from young faces and achievement was written into the pages of memories as cheers from the onlookers rocketed through the still air. The grandparents were stunned, but not at all surprised, by the skill of them all.
A bond had been made between the springtime of life, and, the autumn of life; one that would forever be held in the participants’ hearts. So, was it the wizardry’s flick of a wand made from willow and a hair of a unicorn’s tail that made the difference in ages melt away? Or was it the blending of acceptance between the ages that made this memorable holiday a magical one? You tell me! b
For more information check out www.elderhostel.org or – phone toll free: 1-877-426-8056.
Travel travel